Blue-chip stocks are common stocks of huge companies from different parts of the world. These companies already established a good track record when it comes to financial growth. Since these stocks are quite popular, they are also more expensive as you get steady growth and stability as the main advantage. Because of their steady growth, they are known as the better choice for investors who are planning to invest in the market for the long run. It is also highly advisable to use a reliable trading platform like MetaTrader 5 when trading with Blue-Chip stocks.

The word ‘blue-chip stock’ is from the game poker, wherein the most valuable color of the chip is blue. There is no such thing as a universal agreement of what really makes a blue-chip stock. There are also individuals who set exceptions to some rules but basically, blue-chip stocks are from companies that have good standing when it comes to their income and financial capabilities for many years. They also have long, uninterrupted dividend payments among their stockholders.

Blue-chip firms, on the other hand, are larger than the usual corporation and are often ranked among the most successful and biggest names in the enterprise industry. They also have a competitive advantage making them totally difficult to unseat market shares. These are the firms that repurchase stocks regularly whenever they see an attractive share price.

One of the reasons why blue-chip stocks are popular is that they have steady return rates. But the journey won’t always be easy especially during economic downturns, but these are the type of companies that produce a good profit return over time.

Volatility is also not the issue here. For new companies, they may have a drastic turn of events, ups and downs are inevitable as they are not that established. But with blue-chip stocks, you can still see changes in the value but you will never see drastic changes in the price.

Most importantly, investors like these blue-chip stocks for their stability and strength when it comes to their financial statements. This means that they have passive income out of the dividend that is hardly placed in a dangerous spot especially if you are using MetaTrader 5.

There are many blue-chip stocks that you can invest in, but these three are some of the most popular.

Amazon (AMZN) – this company was founded by Jeff Bezos in 1994. It was initially a bookseller but soon, it has expanded its venture to selling almost anything you could ever think of. Its products are low-prices giving them an added advantage against its competitors. As of December 2020, it has a total worth of $1 trillion.

Alphabet (GOOGL) – your modern life wouldn’t be complete without browsing the search engine, GOOGLE. Alphabet is the company that leads the operation of some of the most popular tools that we have nowadays – Android, Chrome, and Google. They also have not-so-well-known companies such as Waymo and Verily. Its estimated worth is $1 trillion as of December 2020.

The Coca-Cola Company (KO) – this company is globally known and they have 700,000 employees throughout their company as well as their bottling partners. It is worth $229 billion as of December 2020. 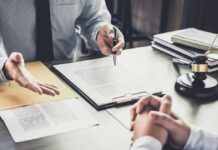 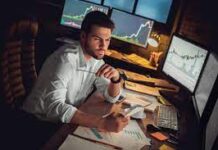